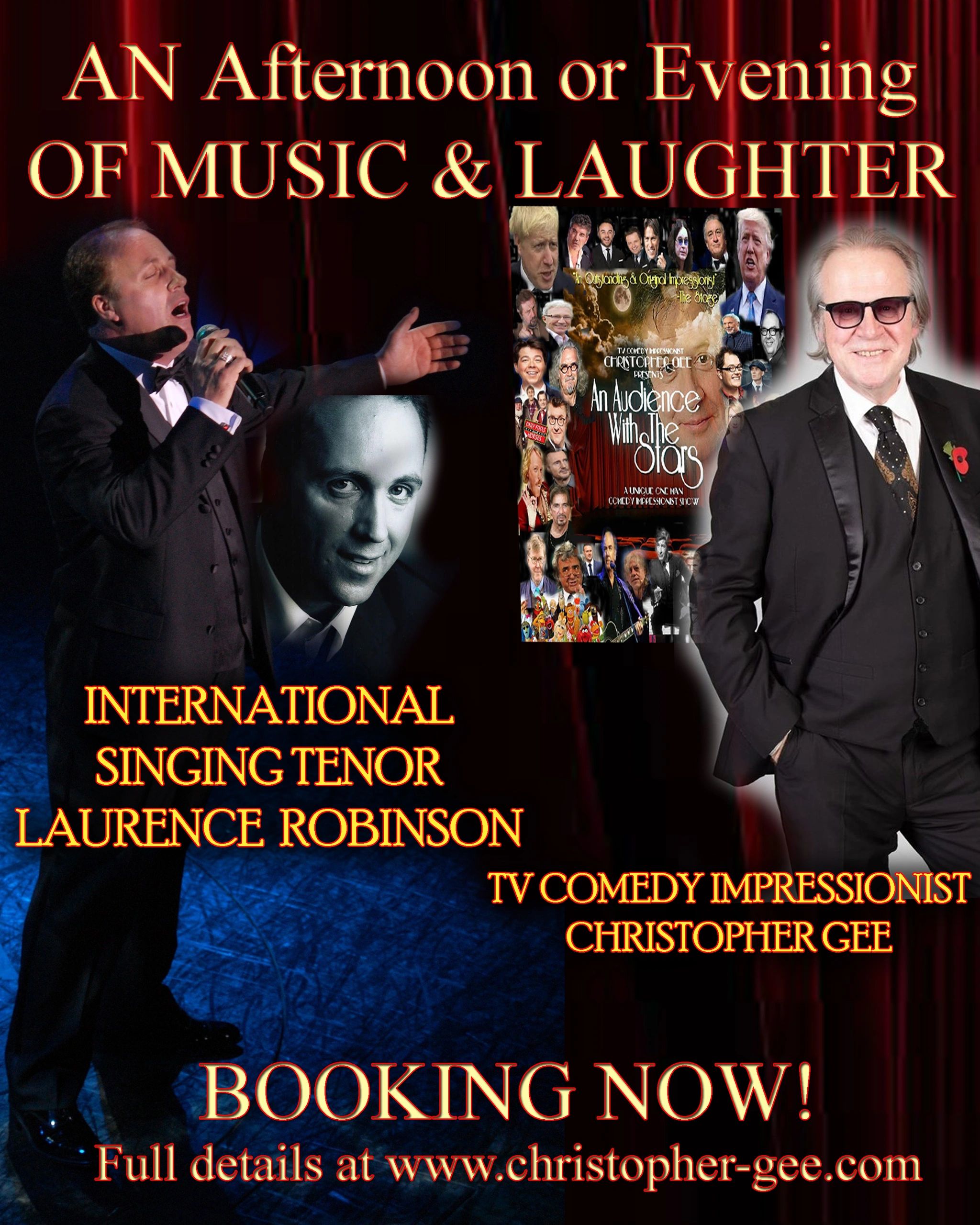 The advantage of being married to an Impressionist is that you never know who you are going to bed with. That is according to  my wife Lindi.

We met many years ago when Lindi was a Big Band Singer and I was a Bluecoat at Pontins Seacroft in Hemsby Norfolk.

Having been married for over 33 years, Lindi is my Personal Manager and we live life performing on land and sea with my unique One Man Comedy Impression Show – “AN AUDIENCE WITH THE STARS” (That's before COVID 19 struck!, but we are still here as opposed to many who are not).

During this lockdown, I have had the chance to focus more on my VOICE OVER  work and have been involved in many great projects, including working for Hollywood Producer Adi Shankar.

I was born in Maidenhead , Berkshire and my wife Lindi was born in the North East into a show business family.  I am the only one in my family to tread the boards as a Comedy Impressionist,  Voice Actor, Look and Sound Alike and Actor.

Having spent years in Youth Theatre I secured a place in Drama School but was unable to secure funding and so that took me on a different Entertainment path.

In addition to my countless Voice Over projects,  I used my Actor Training to develop a unique one-man stand up Comedy Impression Show - “AN AUDIENCE WITH THE STARS” which has played to 1000’s of people both on Land and at Sea.

My first paid show was at the Wooburn Grange Country Club in Buckinghamshire, which was more famously known as the outside Hotel shot for Fawlty Towers.

From that day I worked my way to perform with some of the biggest names in Showbusiness and has performed many times on National prime time Television and Radio.

As a Comedy Impressionist  I think it is very important to present a mix of both current and classic characters in the show.  My shows are of different formats according to the event and demographic and could include  impressions and homages to the likes of:

Audiences  say to me that they are truly amazed at the fact that I not  only sound like the stars I impersonate, but that I take on all the physical mannerisms and look like the Stars as well.

I welcome the chance to entertain audiences both large and small, and I have  a motto for the “AN AUDIENCE WITH THE STARS” Show..